Exploring and deconstructing today’s media landscape and its impact on…everything!

Impact: Having an exceptionally strong effect

Media: The means of mass communication and tools such as the internet, social media, traditional television and news, that reach and influence people’s opinions and beliefs.

Our class will explore and deconstruct today’s media landscape and its impact on…everything! Media follows us everywhere today: Facebook, Twitter, Instagram, podcast, social media and the Internet of Things. It’s quickly become the main communication tool and has major impact on all social issues. An exciting and controversial class, Can You Believe This? will provide an important framework and a pedagogy for the new media literacy needed in the 21st century.

Media today has also grown more accessible to the mass population than at any other time in history, with the advent of streaming services, high speed computers, new portable viewing devices and the arrival of 5G networks. Our goal for this class is to have students explore the different forms of media and interpret its impact on our social fabric. Often disguised as news, marketing or even entertainment, the media has become the ultimate voice inﬂuencing and educating society. Sometimes for good but often for nefarious reasons.

Can You Believe This? The title of this class reflects the real concern about the ethics of today ’s media. Is it honest, misleading, credible, propaganda or part of the deep fake? In this class students will watch and discuss selected documentaries, and debate posted content from competing news outlets, and review its effects on society. We will study the importance of STORY in all aspects of media.

Part theory and part hands-on learning, “Can You Believe This?” is a class that will benefit students interested in most major fields of study, be it law, politics, science, medicine, technology, business, communications, media or the arts. It follows the teachings of The Center for Media Literacy with the ultimate end goal to teach us how to make wise choices.

The class will offer students the opportunity to develop a story and documentary concept of their own. Working in teams, we will create and shoot a short piece of content as a final project. The class will be treated to several lectures by contemporary documentarians, producers and journalist, followed by Q & A sessions.

This is a ZTC (zero textbook cost) course. 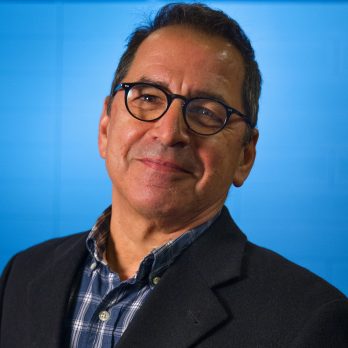