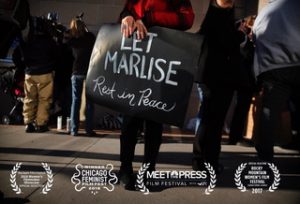 WHEN MARLISE DIED,
THE BATTLE FOR HER LIFE BEGAN

Marlise Muñoz was 33 years old and pregnant when she suffered a pulmonary embolism and was pronounced brain-dead in a hospital in Fort Worth, TX. Against her stated wishes, and those of her family, the hospital kept Marlise on mechanical support for 62 days to comply with a little known law forbidding it to withdraw life-sustaining treatment from a pregnant patient.

62 Days, a documentary by Rebecca Haimowitz, follows the Muñoz family’s journey from personal loss to unwanted media attention, and finally towards activism, as they fight to change this law. It is a painful story with critical implications about a growing trend of laws that seek to control a pregnant woman’s body–even her dead body.

The 27-minute screening will be followed by a panel discussion with leading reproductive rights advocates.

This event is free and open to all.

Director Rebecca Haimowitz is committed to creating documentary and narrative films that reveal the human side behind social and political issues. She co-directed and produced the award-winning documentary MADE IN INDIA, about outsourcing surrogate mothers to India. Rebecca is an Adjunct Professor at Rutgers University, where she teaches both Documentary and Fiction Filmmaking. She received her MFA in Filmmaking from Columbia University’s Graduate School of the Arts.

Kimberly Mutcherson is an award-winning professor whose scholarship focuses on reproductive justice, bioethics, and family and health law. She has presented her scholarship nationally and internationally and publishes extensively on assisted reproduction, families, and the law. She is on the faculty of Rutgers Law School and was a visiting scholar at the University of Pennsylvania Center for Bioethics and the Columbia Law School Center for Gender and Sexuality Law.

Moderator Elizabeth Reis is a professor at the Macaulay Honors College, where she teaches courses on Reproductive Technologies, Transgender Issues, The Politics of Women’s Health, and Medical Ethics. Before that she was Professor and Department Head of Women’s and Gender Studies at the University of Oregon. Reis is the author of Bodies in Doubt: An American History of Intersex; Damned Women: Sinners and Witches in Puritan New England; and the editor of American Sexual Histories.

Lynn M. Paltrow, J.D., is the Founder and Executive Director of National Advocates for Pregnant Women, a non-profit organization working to ensure that upon becoming pregnant, people do not lose their civil and human rights. NAPW combines legal advocacy with organizing and policy work focusing particularly on pregnant and parenting women, and those who are most vulnerable to state control and punishment: low income women, women of color, and drug-using women.