A Conversation with Mike Bonney, CEO and Chair of Kaleido Biosciences

Mike will be joined in conversation by Yong Ma, Executive Vice President of Bank of China (USA).

“Conversations with Global Business Leaders” is a series of dialogues organized by the Asian Cultural Center and PLC Ltd. Inc. to help young professionals in various industries as well as college and graduate students. We will invite visionary business leaders to share their career experiences with attendees through dialogues with Andy Serwer, editor-in-chief of Yahoo Finance. In addition, we will invite six to eight senior professionals and HR advisors from different industries to exchange information and experiences with young people at the events. We hope that this series can not only provide a networking platform for young people, but also an opportunity to brainstorm on their future careers and lives.

Mike Bonney is CEO and Chair of Kaleido Biosciences. Previously, Bonney was CEO and Director of Cubist Pharmaceuticals from 2003 until 2014. Under his leadership, Cubist grew from a struggling micro-cap to the world’s leading antibiotic company and was acquired by Merck early in 2015 for $9.5 billion. Prior to Cubist, Bonney was Vice President of Sales and Marketing at Biogen where he built the company’s commercial infrastructure for the launch of its first product. Before joining Biogen, he spent 11 years at Zeneca Pharmaceuticals in a range of commercial, operating and strategic roles, ending his career there as National Business Director.

Bonney also chairs the boards of Alnylam Pharmaceuticals, Magenta Therapeutics and Bates College. He is a member of a number of other boards, including Celgene Corporation, Whitehead Institute for Biomedical Research and Sarepta Therapeutics.

Bonney was a regional winner and national finalist (2013) in the life science segment of Ernst & Young’s Entrepreneur of the Year and was one of six executives nationwide named as Marketwatch’s CEO of the Year (2011). He received his undergraduate degree in economics from Bates College. 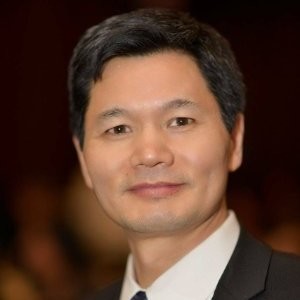 Yong Ma is an Executive Vice President at the Bank of China with over two decades’ experience in risk management and risk analysis for leading financial services companies. He holds a Ph.D. in Computer Science from the University of Illinois.