In celebration of Juneteenth, @Macaulay Community would like you to join us as we take a look at New York’s history of enslavement with the help of John Jay College of Criminal Justice professors F. Warren “Ned” Benton, PhD and Judy-Lynne Peters, PhD who developed and administered the first New York Slavery Records Index in 2018. The index has grown and is now called the Northeast Slavery Records Index (NESRI), an online searchable compilation of records that identify enslaved person and enslavers in the states of New York, Maine, New Hampshire, Vermont, Massachusetts, Rhode Island, Connecticut and New Jersey.

The goal of NESRI is to deepen the understanding of slavery in the northeast United States by bringing together information that until now has been largely disconnected and difficult to access. 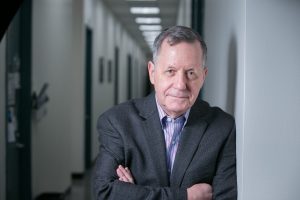 F. Warren “Ned” Benton is President of the Faculty Senate of John Jay College of Criminal Justice, and served for 25 years as Director of the MPA Inspector General Program, which is the only Master of Public Administration program in the United States that concentrates expressly on inspection and oversight and the role of Inspectors General. He served as the Chair of the Department of Public Management for more than 20 years.

For more than a decade he served as the Compliance Monitor in United States of America v. Commonwealth of Puerto Rico. As the Monitor he provided independent reports to the Federal Court on compliance with a consent decree about youth corrections in Puerto Rico. 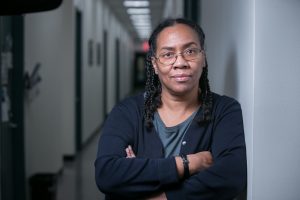 Judy-Lynne Peters is a doctoral lecturer in the Department of Public Management at John Jay College of Criminal Justice. She received both her bachelor’s and Master of Public Administration degrees from John Jay College and a doctoral degree from Rutgers University. She is also the co-director of the Northeast Slavery Records Index, a repository dedicated to archiving the history of slavery in the northeastern United States. 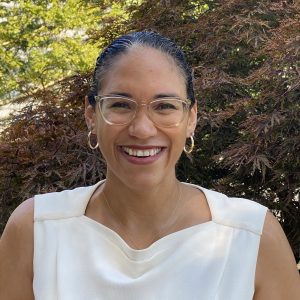 Dr. Vanessa K. Valdés is the Interim Dean of the Macaulay Honors College. She is the former director of the Black Studies Program at The City College of New York-CUNY. A graduate of Yale and Vanderbilt Universities, and a Professor of Spanish and Portuguese, her research interests focus on the cultural production of Black peoples throughout the Americas: the United States and Latin America, including Brazil, and the Caribbean.
Dr. Valdés is the editor of The Future Is Now: A New Look at African Diaspora Studies (2012) and Let Spirit Speak! Cultural Journeys through the African Diaspora (2012). She is the author of Oshun’s Daughters: The Search for Womanhood in the Americas (2014) and Diasporic Blackness: The Life and Times of Arturo Alfonso Schomburg (2017). Her latest book, Racialized Visions: Haiti and the Hispanic Caribbean (2020) is an edited collection that re-centers Haiti in the disciplines of Caribbean, and more broadly, Latin American Studies.