Join us as Professor Elizabeth Reis discusses the newly-released 2nd edition of her book, Bodies In Doubt. Dr. Reis traces the changing definitions, perceptions, and medical management of intersex (atypical sex development) in America from the colonial period to the present. Arguing that medical practice must be understood within its broader cultural context, Reis demonstrates how deeply physicians have been influenced by social anxieties about marriage, heterosexuality, and same-sex desire throughout American history. Moderating the conversation will be third-year student, Pooja Suganthan ’23 (Hunter).

In this second edition, Reis adds two new chapters, a new preface, and a revised introduction to assess recent dramatic shifts in attitudes, bioethics, and medical and legal practices. Human rights organizations have declared early genital surgeries a form of torture and abuse, but doctors continue to offer surgical “repair,” and parents continue to seek it for their children. While many are hearing the human rights call, controversies persist, and Reis explains why best practices in this field remain fiercely contested. 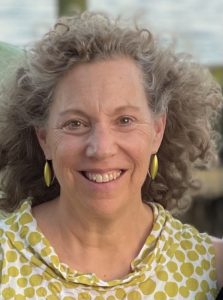 Elizabeth Reis is a professor at the Macaulay Honors College at the City University of New York where she teaches courses on Medical Ethics, Reproductive Technologies, and Disability Studies. She graduated from Smith College and received her Ph.D. in History at the University of California, Berkeley. Reis is the author of Bodies in Doubt: An American History of Intersex; Damned Women: Sinners and Witches in Puritan New England; and the editor of American Sexual Histories. She has published essays in the Hastings Center Report, Bioethics Forum, Journal of American History, Perspectives in Biology and Medicine, the New York Times, and TIME Magazine. Reis is a member of the Ethics Committee at New York Presbyterian Weill Cornell Hospital and an editor of nursingclio.org, a collaborative blog project that focuses on the intersection of gender, history, and medicine. She is a former board member of interACT: Advocates for Intersex Youth and a current board member of Talia’s Voice: Projects for Patient Safety. 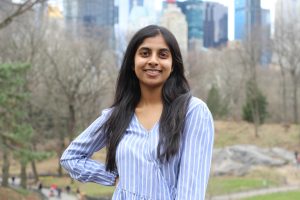 Pooja Suganthan is a junior at Macaulay Hunter. She is a Biology major on the pre-med track. As a future physician, she aspires to promote healthy behaviors and informed decision making, especially amongst immigrant communities. Aside from academics, Pooja is an active member of Macaulay Peer Mentors and Macaulay Deewane. She loves biking, reading, and dancing.