@Macaulay Community Event: The Importance of Juneteenth in Higher Education

WATCH NOW: Dara N. Byrne and Ted Widmer explore the importance of Juneteenth for all Americans.

For many Americans, Juneteenth represents freedom; and they have preserved its significance with family traditions, literature, and cultural celebrations since 1866. But other Americans are unfamiliar with this “new” Federal holiday, passed into law just this month.

Join us for a very special discussion with Ted Widmer, professor and historian at Macaulay Honors College, and Dara N. Byrne, associate provost and dean at John Jay College. They will explore the importance of Juneteenth for all Americans, recount its unique history, and envision its future based on progress, research and education.

RESOURCES AND READING MENTIONED BY OUR PANELISTS 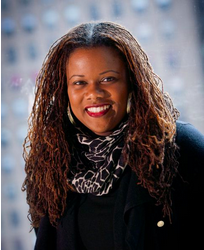 She is a professor of Rhetoric and Intercultural Communication in the Department of Communication and Theatre Arts. Her publications include contributions to volumes, such as Brown v. Board of Education: Its Impact on Public Education 1954-2004; HBCUs Models for Success: Supporting Achievement and Retention of Black Males; The Unfinished Agenda of Brown v. Board of Education; The Unfinished Agenda of the Selma-Montgomery Voting Rights March as well as Learning Race and Ethnicity: Youth and Digital Media. 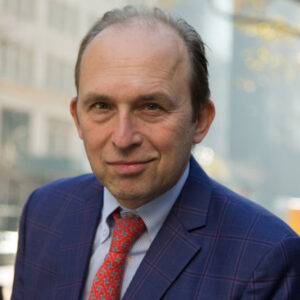 Professor Ted Widmer is a historian, writer, librarian, and musician who served as a speechwriter in the Clinton White House. He is developing a new Humanities Lab at Macaulay. His latest book is Lincoln on the Verge: Thirteen Days to Washington.

Prof. Widmer obtained an A.B. in the history and literature of France and the United States, an A.M. in history, and a Ph.D. in the history of American civilization from Harvard University. At Harvard, he was an editor at the Harvard Lampoon. Widmer was appointed lecturer on history and literature at Harvard University from 1993 until 1997. From 1997 to 2001, he worked in the White House as a special assistant to President Bill Clinton, foreign policy speech writer and Senior Advisor for Special Projects, which involved advising on history and scholarship related issues. He later conducted extensive interviews with Clinton while the former president was writing his autobiography.

He was the first director of the C.V. Starr Center for the Study of the American Experience from 2001 to 2006 and an associate professor of history at Washington College from 2001. While there he created the George Washington Book Prize, an annual award given to the best book on the founding fathers.

In 2006 he was appointed Director and Librarian of the John Carter Brown Library at Brown University, where he led efforts to digitize the library’s holdings, and raised funds to save Haitian libraries in the wake of the 2010 earthquake. From 2012 to 2013, Widmer was a senior advisor to Secretary of State Hillary Clinton. Between 2010 and 2015, he helped to create and often contributed to The New York Times “Disunion,” a digital history of the Civil War. In October, 2016, Widmer was appointed Director of the Kluge Center at the Library of Congress.