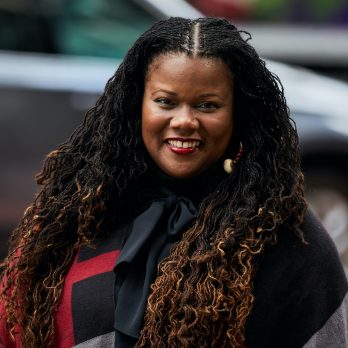 Dara N. Byrne serves as the fourth dean of William E. Macaulay Honors College, one of 25 colleges in the City University of New York system. Reporting to the Chancellor of The City University of New York and functioning much like the president of a stand-alone college, the dean is the chief academic and administrative leader of the Macaulay Honors College and sits as a member of the CUNY Council of Presidents. Dean Byrne has two decades of experience as a professor, researcher, and higher education leader with expertise in developing innovative and enterprising student success programs. Prior to Macaulay, she served as Associate Provost for Undergraduate Retention and Dean of Undergraduate Studies at John Jay College (CUNY) from 2016-2022. As Associate Provost and Dean, she developed several student-focused initiatives that are credited with raising the college’s graduation rate by 16% in five years.

Dr. Byrne has a long association with Macaulay, having played a pivotal leadership role in its 2012 expansion. At that time, John Jay joined the Macaulay consortium of senior campuses, and Dr. Byrne was tapped to launch the program and serve as its Director, a position she held for three years.

Dr. Byrne holds a PhD in rhetoric and intercultural communication from Howard University in Washington, DC; two Masters degrees—one in emergency management from John Jay and the other in English language and literature from Carleton University—and also earned her BA in sociology and English at Carleton University in Ottawa, Canada.

In 2009, she was a recipient of John Jay’s first Distinguished Teaching Prize. Her research spans the social sciences, and she has published widely on civil rights history, including a 2005 book she edited, The Unfinished Agenda of the Selma to Montgomery Voting Rights March, which is housed in the Smithsonian’s National Museum of African American History and Culture.