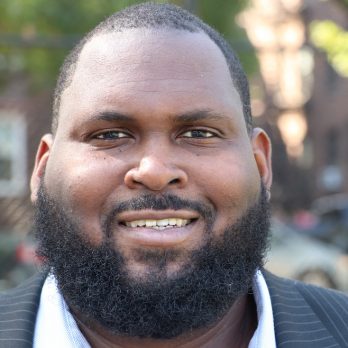 He earned a B.A. in history from Morehouse College, and a Ph.D. in English from the CUNY Graduate Center. He is the author of The Blackademic Life: Academic Fiction, Higher Education, and the Black Intellectual (Northwestern University Press, 2019), a book which explores fictional narratives of college life and the racial politics of higher education.

Born and raised in Meridian, Mississippi, he has lived in New York City for twenty years. His writing has appeared on platforms such as The New Inquiry, Poetry Foundation, JSTOR Daily, and Black Perspectives. As an expert on African-American literature, he has published essays on several black writers, including Audre Lorde, Henry Dumas, Sun Ra, Percival Everett, and Robert Hayden. His article “Should Walt Whitman Be #Cancelled?” has been widely discussed and cited for its nuanced discussion of race and Whitman’s legacy.

He has served on the Board of Directors of the CLAGS Center for LGBTQ Studies. He has also worked as a licensed New York City walking tour guide, and has taught numerous courses on NYC literature and history. He has previously taught in the CUNY system as an Adjunct Professor of English at John Jay College and LaGuardia Community College, and as an Assistant Professor of English at New York City College of Technology. He is currently working on a book about legendary science fiction writer Samuel R. Delany which will be published by the University of Illinois Press in the Modern Masters of Science Fiction series.

“Dear Sister Outsider: On Audre Lorde and Writing Oneself into Existence,” in Children of the People: Writings By and About CUNY Students on Race and Social Justice, pages 229-241 (Dio Press, 2022).