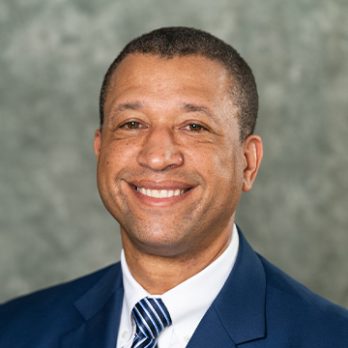 Prior to that, he served within the New York State Executive Chamber, for Governor Andrew M Cuomo, as Deputy Secretary for Public Safety and Homeland Security, where he managed the Governor’s major public safety and homeland security priorities consisting of various agencies with a combined workforce of over 36,000 employees and an annual budget of more than $5.5 billion dollars.  Those agencies included: New York State Police; Division of Homeland Security; Division of Military and Naval Affairs; Office of Cyber-Security; Department of Corrections and Community Supervision; Division of Criminal Justice Services; Office of Victim Services; Office for the Prevention of Domestic Violence; the State Commission of Correction; Board of Parole and the Office of Indigent Legal Services.

Prior to working for the Executive Chamber, Mr. White served as of Counsel to Cyruli Shanks LLP.  Mr. White also served as Deputy Commissioner for Investigation, Trials & Litigation at the NYC Dept. of Correction, Deputy Commissioner of Operations at the NYC Dept. of Probation, and was a Senior Trial Attorney for the late Robert M. Morgenthau in the Manhattan District Attorney’s Office.

Richard White received a B.A. in Economics from Franklin & Marshall College and has a law degree is from Delaware Law School. Additionally, he was an Executive Education Graduate at Harvard University’s John F. Kennedy School of Government and was a recipient of Harvard Law School’s Program on Negotiation for Senior Executives.

Mr. White is admitted to practice in New York, New Jersey, the District of Columbia, the Courts of the Southern and Eastern Districts of New York, U.S. District Court for New Jersey and before the United States Supreme Court.