Egor Semeniak, a Computer Science major with Cybersecurity Specialization, currently works as an Information Security Administrator at New Visions for Public Schools. At Macaulay, he participated in 20+ national programming challenges, achieving victories in 13 and co-founded MHC++, a club dedicated to technology & sciences where he helped to organize the CUNY-wide Hackathon. As an IT Specialist at CSI, he provided support and training to 18k+ students and employees. In 2018, the National Science Foundation & Department of Defense chose Egor to further research in HPC Mathematics and Jeanensis offered him a Technology Fellowship integrating Blockchain POCs. In 2019, he joined the NYU VR Lab developing sonification technologies, and IBM’s Cybersecurity Team as a Vulnerability Management Intern, assuming a leadership position in the Intern Organizing Committee. Code developed by Egor & his team is being used by over 350,000 users. In the future, he plans to further his career in cybersecurity & promote tech in the community by presenting his research at DefCon, a national hacker convention. 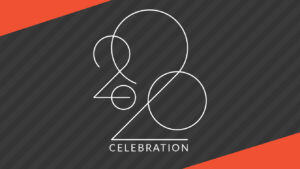