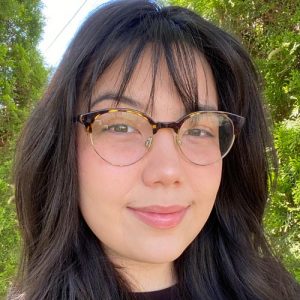 Gilda McCrann ’21 is a Television and Radio major at Brooklyn College with a minor in marketing. During her time as an undergraduate, she had completed internships at the NYC-based production companies Ghost Robot and 4th Row Films, as well as PBS’ WNET where she covered the 2019 NYC Climate Strike with Greta Thunberg and LGBTQ+ poverty and homelessness with choreographer and consultant of FX’s hit show “Pose,” Twiggy Pucci Garçon. Her original work on these topics is now published on the PBS website. At Brooklyn College, she was one of the writers, crew members, and editors of an original television pilot, “All in Favor,” which won various awards including ‘Best Series Pilot’ at the New York International Film Awards and ‘Television Pilot Program Award of Merit’ at the IndieFEST Film Awards.

Gilda was also accepted as a fellow for the 2021 International Radio & Television Society Foundation (IRTS) Summer Fellowship Program, a highly competitive 9-week program aimed at giving students insight into the media industry and fostering connections with media executives and professionals.