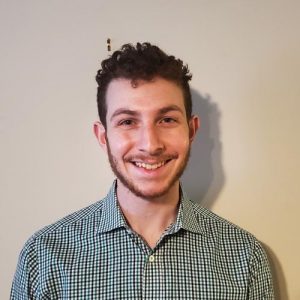 Jason Nagourney ’21 is a double major in History and Biology at Hunter College. Throughout his undergraduate career, he was involved in multiple student organizations including the Macaulay Marauders Quidditch team where he is now a captain, Macaulay FIT where he has led the club as president for three years, and Hunter Hillel. He has also conducted biological research at Hunter College, studying genetic modification of T-cells to better target specific cancers. Outside the classroom, Jason has been a volunteer EMT, working throughout the pandemic.

During his senior year, Jason has conducted original historical research with the Mellon Public Humanities Scholars Program, about Eastern European Jewish immigration to New York City. Jason plans on continuing his research and work in the community with the Fulbright program as an ETA in Lithuania. After completing his Fulbright award, he will attend the University of Rochester Medical School.