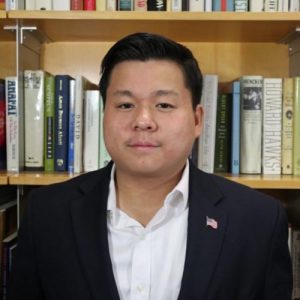 Sebastian Leung ’21 is a Political Science major at Lehman. During his Freshman year, Sebastian became very involved with Macaulay, joining the Scholars Council and interning at Macaulay as a Career Development Intern. This internship continued through his second year, and he also became VP of Student Life for the Scholars Council.

After his sophomore year, Sebastian became a Summer Legal Intern at Duane Morris, a law firm in NYC. The position allowed him to interact with lawyers and clients on a daily basis, and showed him what the routine of an attorney might be. This opportunity solidified Sebastian’s plans to attend law school and pursue a career as a future lawyer.

Throughout his college career, Sebastian spent time volunteering for and leading extracurricular organizations. This included helping to coach a Junior Robotics team for underprivileged children, and leading a cycling club for youth.

Upon graduation, Sebastian will be attending Fordham Law School, where he hopes to further his education in the legal field and eventually work for a law firm in NYC.