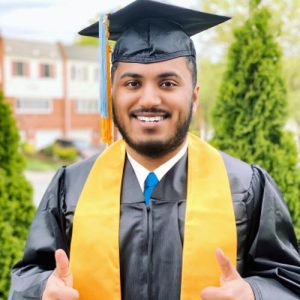 For the past four years, Shawn served as Macaulay Scholars Council class representative and was VP for two years. He was elected as a CSI Student Government Senator. Shawn was appointed as a Commissioner to the CSI SGA and served as a member of CUNY’s University-wide Student Senate. He also served as VP to the Information Systems Club and Treasurer of the Finance Club. Shawn is a member of the Sigma Beta Delta honor society and Omicron Delta Epsilon honor society. From Merrill Lynch to UAU, Shawn interned at various organizations and firms.

Shawn currently serves as Secretary of the Staten Island Young Republicans Club and is a member of the Richmond County Republican Committee. Shawn has worked in various campaigns on the city, state, and federal levels of government.

This Summer, Shawn will be studying abroad at the London School of Economics. Upon his return, Shawn will be pursuing his Masters in Quantitative Methods in the Social Sciences at Columbia University.