A film about the life-threatening breakdown of our microbiome.

The Macaulay New Media Lab invites you to view an important new documentary.

“The Invisible Extinction” brings viewers to the front lines of a global health emergency: the loss of our microbiome, the tiny ‘bugs’ inside us that have evolved for 200,000 years and keep us healthy by regulating our immune systems and digesting our food.  The film centers on the urgent quest of scientist/activists Maria Gloria Dominguez-Bello and Martin Blaser, partners in life and in the lab, to reverse this loss.

The film features the work of innovative researchers and physicians around the world to find cures, and intimately follow four patients –in the US, China and Israel -as they fight for their lives against illnesses triggered by disruption of their microbes.

Meet and discuss with the filmmakers in a 30 min Q&A following the screening. This event is free and open to all.

Steven Lawrence (Co-Director/Co-Producer) has produced three feature-length documentaries for director Michael Apted, including MARRIED IN AMERICA, a longitudinal doc about 9 couples married in 2001; THE FURIOUS FORCE OF RHYMES, about hip-hop as protest music around the world, and SARABAH, about a Senegalese rapper’s campaign to end female genital cutting. He co-directed the Vis à Vis interactive documentary series for PBS and most recently co-directed THE CAT RESCUERS about 4 animal rights activists in Brooklyn. It premiered at the 2018 Hamptons International Film Festival where it won the Zelda Penzel Giving Voice to the Voiceless Award. His work has also received an IDA Documentary Achievement award, three Cine Golden Eagles for feature documentary, the Special Jury Award from the Locarno Film Festival and the Golden Butterfly from Movies That Matter. 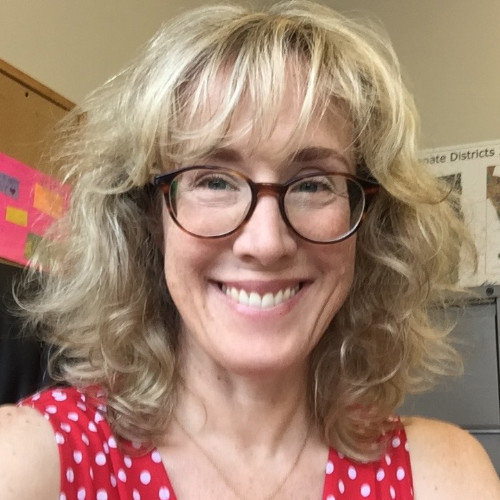 Sarah Schenck (Co-Director/Co-Producer) is deeply passionate about bringing science to the public.  She comes to The Invisible Extinction with 20 years of experience making award-winning films, including a piece for PBS on childhood obesity in the Bronx, SAVING CARLA. Sarah co-founded the public health video website ParentEarth and was recognized with an award for Excellence in Public Service for her work with the NYC Comptroller. She’s been nominated for an Independent Spirit Award for Best Feature Film, and has also directed videos for Aliados de Amnistia, the Supportive Housing Network, the Park Slope Food Coop, and the NYC public schools.  Sarah was a Hepburn Fellow in Media Studies and mentors students from both her alma maters, Bryn Mawr College and Stanford University.