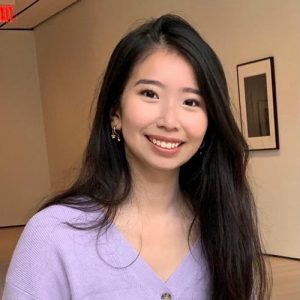 Ana LuoCai is a political science major and public policy minor at the City College of New York. This past Spring, she was an intern with the Long Island City Partnership and is currently a We Power NYC Ambassador Mentor with the New York City Campaign Finance Board.

On campus, she was the Communications Coordinator for the Philippine American Organization during her sophomore year and was the recipient of the S Jay Levy Fellowship for Future Leaders, the Edward I. Koch Fellowship in Public Service, and the 2019 Macaulay Alumni Opportunities Fund. Off campus, she has held eight internship positions ranging from local government, think tanks, and non-profits which she considers the highlight of her undergraduate career. In addition to her work on and off campus, she has also been working at the same food service job since her freshman year.

Upon graduation, Ana will be working with All In Together, a nonprofit that empowers and educates women to participate civically and politically. Further down the road, she also has plans to pursue a graduate degree in public policy.